We just released an update to our Novara theme. We are now at version 1.1.0. 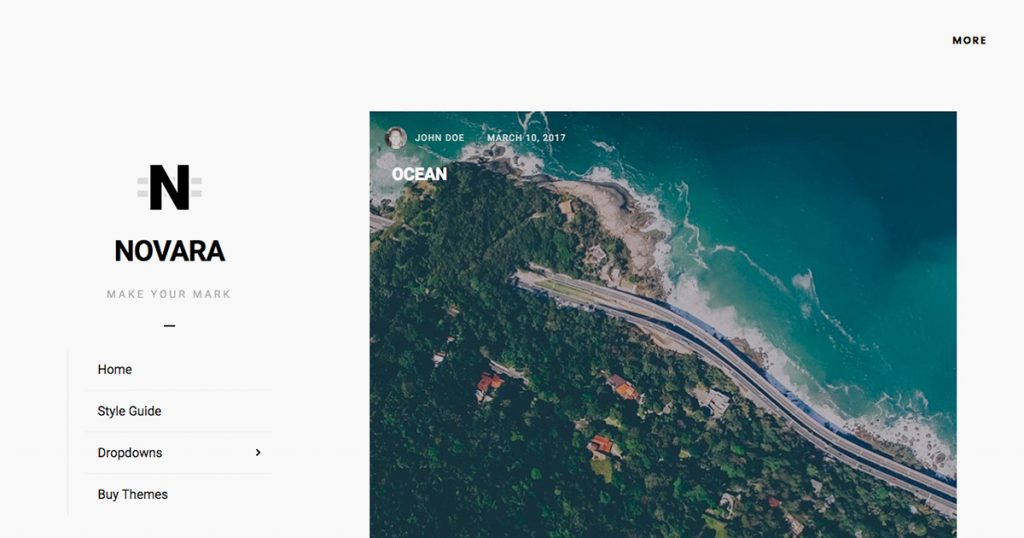 For accessibility reasons, the “More” section wrapper div has an aria-expanded attribute. The attribute value is “false” when closed and “true” when open.

There was a little typo in the JavaScript that prevented the attribute value updating appropriately, so that’s now fixed.

This bug didn’t affect the visual appearance of the “More” section opening and closing, but in any case, it needed to be fixed.

This update adds a new Customizer panel called “Theme Options” where you can edit the “More” toggle button text.

Maybe you want to call it “Extra Stuff” instead? Go for it.

It’s important to note that the Customizer callback will not allow an empty string. This is because if there are active widgets, they should still be accessible through this button toggle.

“Close” text was not translatable. Now it is.

The “X” button you see at the top of the “More” section included screen reader text (as in, it’s invisible if you’re not using a screen reader) that read “Close” …but was not translatable.

Even though the text is hidden on non-screen-readers, it’s still essential to accessibility and internationalization to allow this text to be translatable anyway.

Novara now supports the Content Options module in Jetpack. This will allow you to toggle display of things like author name, categories, tags, and featured images on different types of pages.

This update adds a tiny media query that slightly decreases the size of text on device widths less than 600 pixels wide.

This udpate adds a right-to-left stylesheet, necessary if your website content is in Hebrew, Arabic, or any other right-to-left language.

This update adds an editor stylesheet, which provides a more accurate representation of what published content will look like in the Visual editor on the backend.

Forgot to put a screenshot in the initial release.

Not a front-facing issue, but makes it easier for admins to identify and select Novara on the Appearance → Themes page in the backend.